What is the pulpo-dentinal complex? 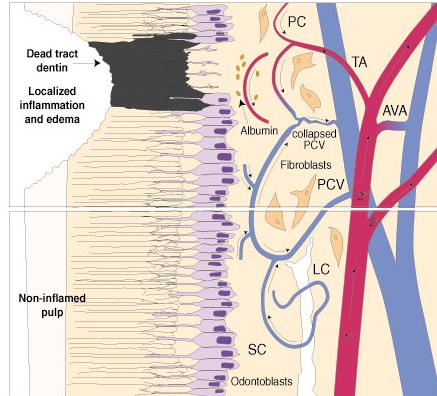 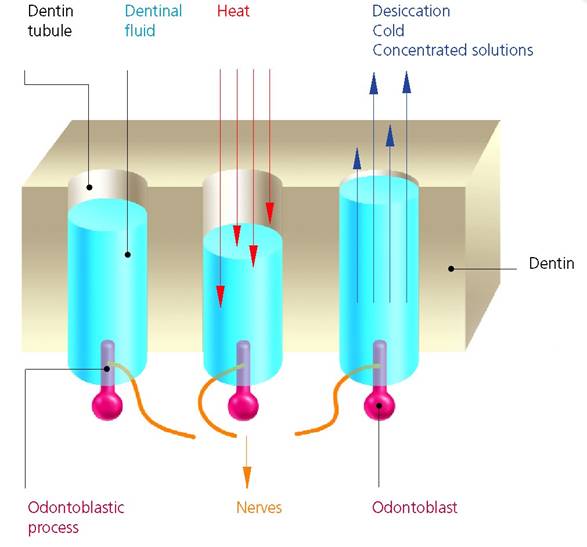 Fig 2 : Hydrodynamic Theory indicating movement of the fluid within the dentin tubuli
(Brännström et al. 1967)
2. Immune response by defence cells in the pulp

3. Change in the morphology of the pulp

The severity of the caries determines the fate of the pulp. (Smith, 2002)
If the pathogen insult is mild, it will result transient pulpitis and follow by pulp recovery.

An environment free of bacteria, severe haemodynamic changes and inflammation favours repair of the pulp. In healing, new generation of odontoblast-like cells generate tertiary dentin to repair border of the pulp and dentin.

If the protective mechanism that elicit by the pulp is not able to eliminate the pathogens insult, the pulp will proceed to irreversible pulpitis and lead to a total necrosis of the pulp.

1. Mild injury such as slowly progressing caries in the dentin, mild abrasion and erosion, fracture of the enamel and dentin, chemical irritation. (D. Tziafas, 2004) 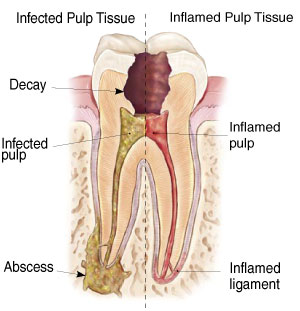 Pulpitis refers to the inflammation of the pulp within the tooth.

When the pulp becomes inflamed, there is build-up of pressure in the pulp chamber. This exerts pressure on the nerve of the tooth, causing the pain associated with pulpitis. Pain due to this pressure is hard to dissipate as the pulp chamber is enclosed within relatively hard dentin before pulpal necrosis (death of dental pulp).

There are two ways to categorize pulpitis: Acute or Chronic; Reversible or Irreversible. (Dentalfind.com, 2008)

The Dental Root System - how it works and how it reacts to external influences.

Currently, not much is known about the possible chemical or electrical transmission mechanisms between odontoblasts and the nerve endings - can the odontoblasts send chemicals or electric signals to the nerve endings to initiate immune response? This is a highly exciting area to explore as discovery of such mechanisms may call for a re-look into the role of odontoblasts in eliciting pulpal response. Furthermore, the time taken for the pulp to respond to an attack on the tooth by caries might have a new regulatory pathway - by regulating chemical or electrical signalling of the odontoblasts to the pulp.


Brännström M, Lindén LA, Aström A. The hydrodynamics of the dental tubule and of pulp fluid. A discussion of its significance in relation to dentinal sensitivity. Caries Res. 1967;1(4):310-7.

Taylor P. Cotton (2009). What is Endodontics? Retrieved October 22, 2009 from http://www.advancedcareendo.com/endodontics.asp